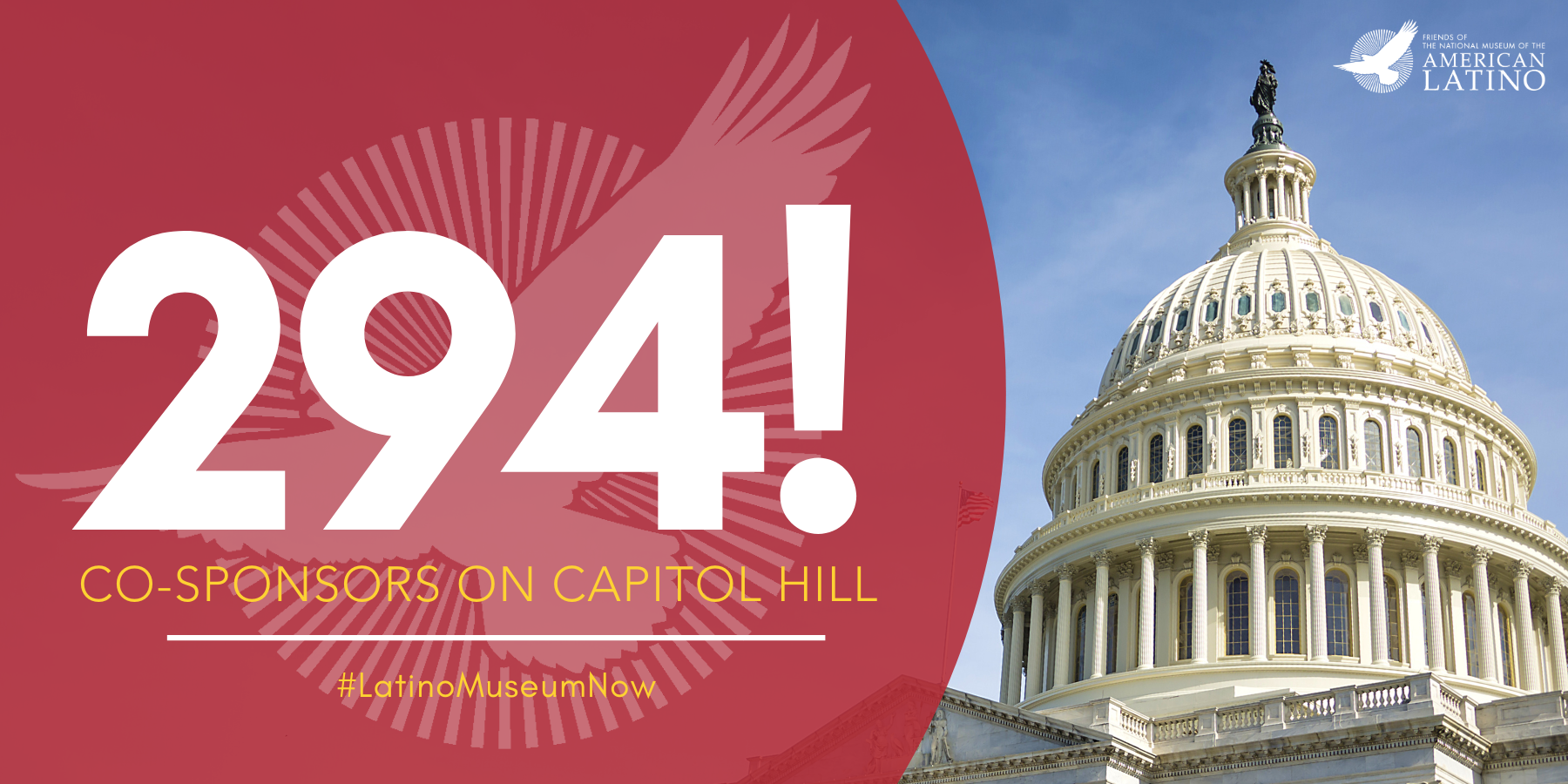 The National Museum of the American Latino Act (H.R. 2420) is supported by over 290 bipartisan co-sponsors in the House

Washington, DC — The National Museum of the American Latino Act (H.R. 2420), a bipartisan, bicameral bill to establish a museum on the National Mall dedicated to honoring the contributions of Latinos throughout American history, has reached over 290 bipartisan co-sponsors in the House of Representatives. With over two-thirds of House now supporting the legislation, the Friends of the American Latino Museum (FRIENDS) calls on House leadership to put the legislation to a vote.

“Since long before the British arrived in Jamestown, Virginia, the Latino community has played a pivotal, foundation role in the building of our nation. Despite countless contributions to America’s economy, fighting in every one of our wars, and positively impacting every aspect of society, the story of Latinos in the United States has been largely absent from Smithsonian museums and the time to change that is now,” said Danny Vargas, Chairman of the FRIENDS board. “The tremendous support for this legislation in Congress demonstrates just how powerful our community’s stories are in filling the gaps in our history.”

“The message from our nation’s policymakers is clear: it is time to bring this legislation forward,” said Estuardo Rodriguez, President & CEO of FRIENDS. “Our initiative has been bipartisan since its origins, and represents the urgent need to come together to ensure that over 500 years of U.S. Latino history is represented across our Smithsonian Institution dedicated to the increase and diffusion of knowledge. We thank our champions and partners in the House, Representatives José Serrano (D-NY), Will Hurd (R-TX),and Tony Cardenas (D-CA) for their leadership in pushing this legislation forward and over the finish line.”

With 27 bipartisan co-sponsors in its Senate counterpart, the bill calls for the same size, location and funding model as other Smithsonian museums: a 50/50 public-private partnership.

As acknowledged by the Smithsonian Institution in a 1994 report, Willful Neglect, exhibits and collections of U.S. Latino history are the most underrepresented across all of its museums. In 2011, a presidentially-appointed commission to study the potential creation of a National Museum of the American Latino submitted its report to explore the feasibility of a museum as was recommended in Willful Neglect. The National Museum of the American Latino Act fulfills the report’s recommendations to move forward with the creation of a Smithsonian National American Latino Museum, and takes an important step towards righting the ongoing disparities in our nation’s museums that remain today.