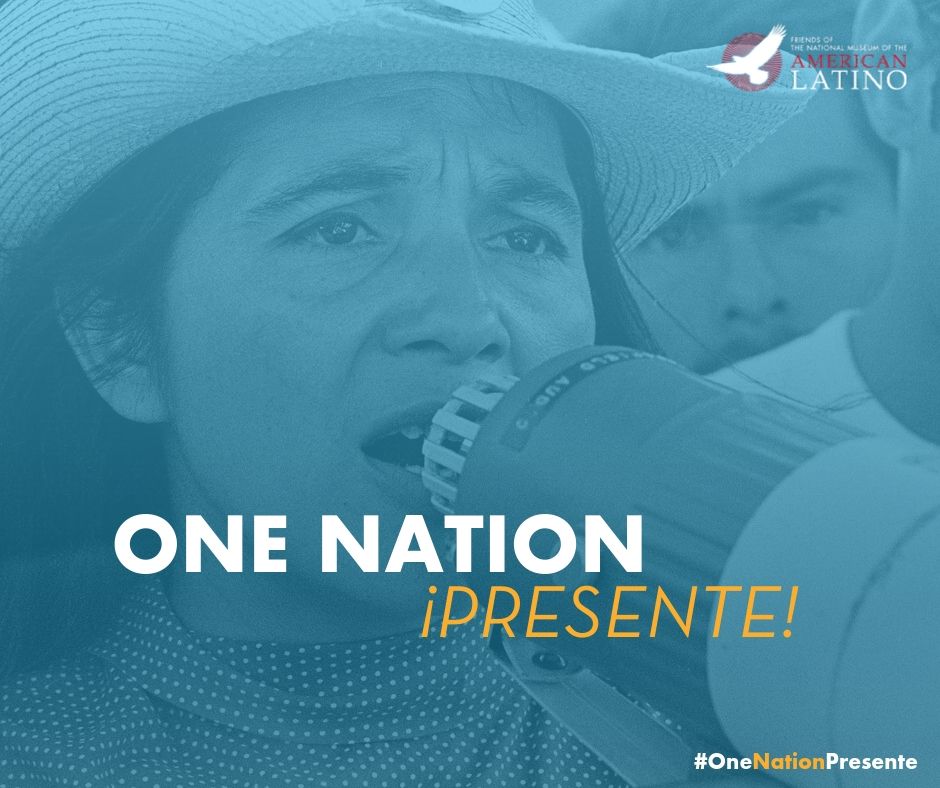 “From entrepreneurs and inventors who changed history, to military veterans who fought for our country’s freedom, Latinos have contributed widely to the fabric of America from its earliest days,” said Danny Vargas, Chairman of the FRIENDS board. “America’s history as presented in our nation’s capital is incomplete without the countless stories of heroes who strengthened George Washington’s hand during the War of Independence or leaders who took American brands like Coca-Cola and made them international icons. Recognition of their stories is important to the future of who we are as a nation. For more than two decades there has been a call to fill the void, and it is time Congress passes the bill authorizing a Smithsonian National American Latino Museum.”

Throughout Hispanic Heritage Month FRIENDS will be mobilizing supporters across the nation at regional events to call on their elected officials to publicly support the legislation. Among the many events, FRIENDS is partnering with the storied Lincoln Center in NYC for a special concert event and attending the 17th Annual La Familia Latino Heritage Festival in Minneapolis. Leaders from FRIENDS will also address the U.S. Hispanic Chamber of Commerce Conference in New Mexico, the 32nd Annual Hispanic Heritage Awards at the Kennedy Center, the National Association of Hispanic Journalists in San Antonio, the Congressional Hispanic Caucus Institute, the Hispanic National Bar Association, the Latino Coalition, and several more.

“Latinos are intertwined in every aspect of our nation since before its inception,” said President and CEO Estuardo Rodriguez. “It is important that we expand on our American history by focusing on its diverse and collaborative origins. Less than two percent of all national monuments and historic sites are dedicated to women or communities of color. We can’t allow our stories to be omitted or erased. Our Latinx youth deserve a place that gives our culture a voice and spotlights our vital role in the development of our great nation.”

From September 15 through October 15, the campaign will highlight little known American Latino figures throughout history and present day through four theme weeks: week 1 is focused on the performing arts, week 2 is military history, week 3 is civil rights, and week 4 will be sports and food. Supporters of the campaign, including musical icon Rubén Blades and Latin Grammy winner Gaby Moreno, have already begun sharing their performing arts inspirations as part of this campaign. We encourage everyone to not only share these stories but their own, of grandparents, parents, siblings and loved ones who have contributed to our nation, through the Latinx inspiration social media challenge using the hashtag #OneNationPresente. Ultimately, the campaign urges supporters to contact their legislative leaders and ask them to support the National American Latino Museum Act. See details at americanlatinomuseum.org/presente.

Latino stories are the most underrepresented in the Smithsonian’s collections—as acknowledged by the institution itself in its 1994 Willful Neglect report, and reconfirmed in UCLA Latino Policy and Politics Institute’s 2018 report, demonstrating a lack of Latino voices and history so severe, it seemed intentional. In 2011, a presidentially-appointed commission to study the potential creation of a National Museum of the American Latino submitted its report to explore the feasibility of a museum. Today’s legislation acts on the report’s recommendations to move forward with the creation of a Smithsonian National American Latino Museum and take an important step towards righting the disparities outlined in the 1994 report that remain.