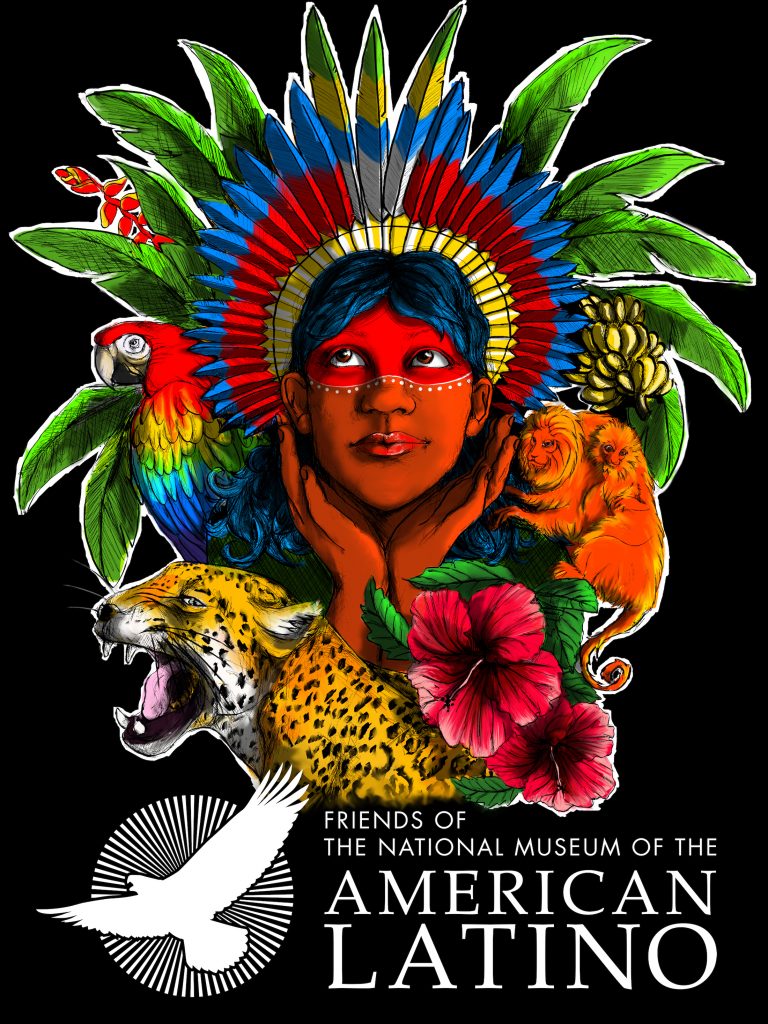 (Washington, D.C.) – Friends of the American Latino Museum (FRIENDS) announced today that Indianapolis, Indiana-based artist Cristiano Mattos is the winner of the FRIENDS’ 8th annual design contest, the first recurring winner in the contest’s history. Presented with the generous support of Target, the annual contest invites artists from around the country to share their vision of what American Latino history means to them. Mattos’ winning design was chosen among seven finalists after a weeklong public vote open to the hundreds of thousands of FRIENDS supporters nationally. This is the second year that Mattos’ submission has been selected by voters as the winning design.

“In my piece, I intended to represent the beauty of Latin culture found in the innocent eyes of a child,” said artist Cristiano Mattos. “The creation of an American Latino Museum would be a reminder that Latin culture is part of the American experience, and has contributed in a positive way to the country that we all call home.”

Growing up in the vibrant city of São Paulo, Brazil, Mattos developed his appreciation for art and design at an early age. He studied media arts and animation at the Arts Institute of Indianapolis, and has traveled globally throughout Europe and the United States to develop and hone traditional and new media techniques. His experiences around the world have heavily influenced his art, citing diversity in the communities he has lived in as a key inspiration for his work.

“Each year, we are humbled by the story-telling through art that is submitted to our design contest,” said Estuardo Rodriguez, President and CEO of FRIENDS. “With a record number of submissions this year, it speaks volumes that we had more finalists for voters to choose from than ever before. Cristiano’s beautiful piece highlights the rich history and roots of Latino culture, bringing the past to life.”

“Target is proud to support the Friends of the American Latino Museum’s annual design contest because we understand how powerful representation and visibility can be in bringing communities together,” said Laysha Ward, Executive Vice President and Chief External Engagement Officer, Target. “We commend FRIENDS for carrying on this tradition of drawing on the Latinx community for inspiration to guide this important campaign forward for the eighth year running. Congratulations to Cristiano on his wonderful design and this accomplishment.”

This year’s contest received the highest numbers of submissions in the contest’s eight-year history from artists hailing from Georgia to California. The winning design will be featured nationally in the 2019 FRIENDS campaign efforts to create a Smithsonian National American Latino Museum, including on campaign posters, promotional materials, and FRIENDS digital platforms reaching over 400,000 subscribers. In addition, Mattos will receive a $500 Target gift card courtesy of our presenting sponsor, whose continued support provides an opportunity for FRIENDS supporters to contribute their talents to this historic campaign.