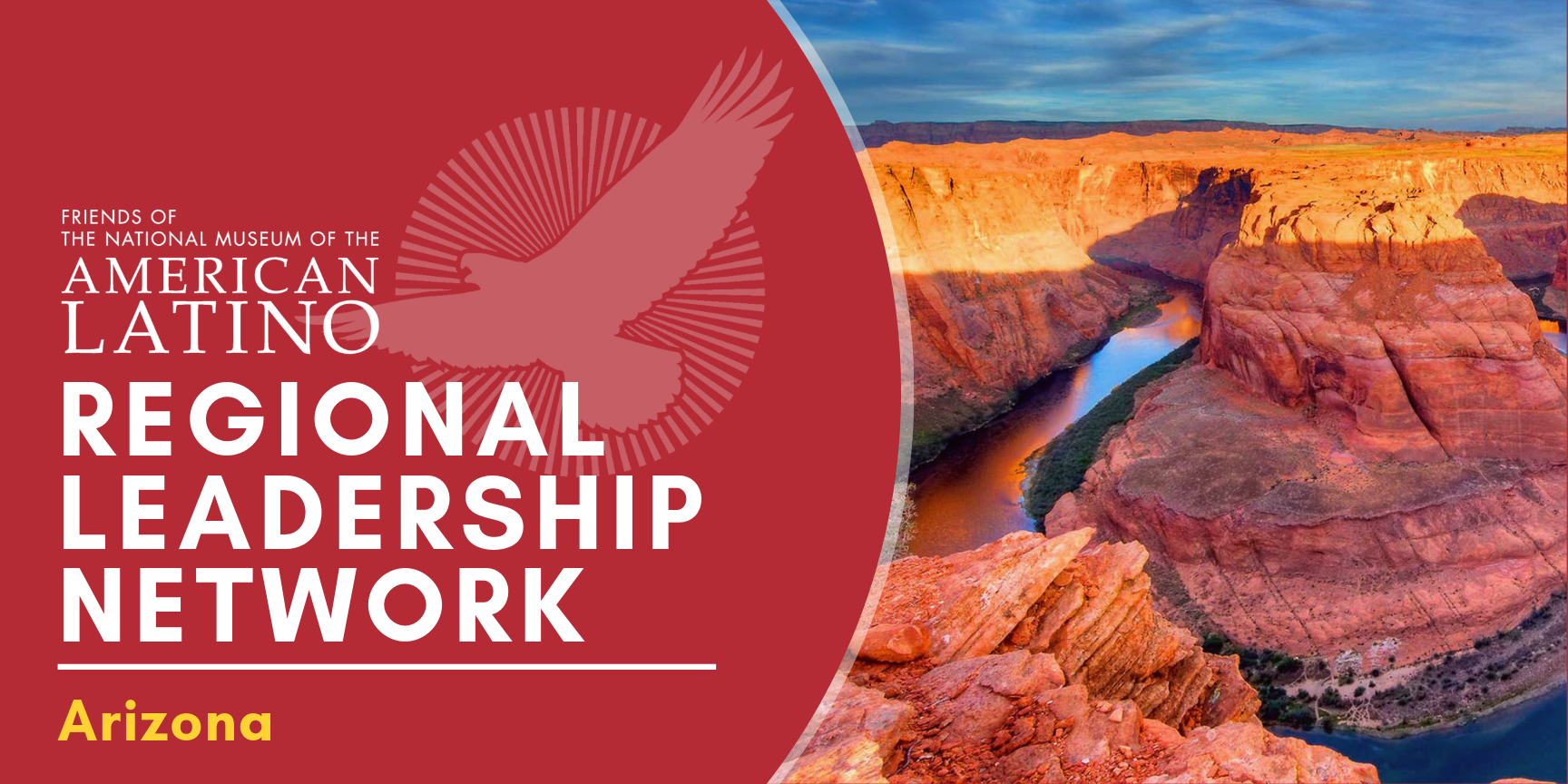 (Washington, D.C.) – Friends of the National American Latino Museum (FRIENDS) announced the launch of its inaugural Arizona Regional Leadership Network, featuring leaders in politics, media, and business statewide. The network is a part of the FRIENDS national Regional Leadership Network program to galvanize support from high-profile leaders across the country. Members will serve as the champions and ambassadors for the campaign to create a Smithsonian National American Latino Museum on our National Mall, representing the incredible support for the campaign in Arizona and the legacy of Latino history in the state.

Members will spread awareness and support for the long-overdue museum through the media, in-person advocacy, and digital engagement to create momentum for the campaign in their communities. They will continue the drumbeat that began over 25 years ago when Congress and the nation were made aware of the severe underrepresentation of American Latino history throughout the Smithsonian Institution.

“The Arizona Regional Leadership Network embodies the pride in our heritage that is at the core of our campaign,” said Francela Chi de Chinchilla, Vice President of Advocacy and Partnerships. “Latino history in Arizona is inseparably intertwined with the history of the state, and a Smithsonian National American Latino Museum would elevate the stories of important Arizonans like those of civil rights leader Cesar Chavez or Anita Lewis Chávez, the first Latina judge in the state’s history. We already enjoy bipartisan congressional support from Senator Martha McSally, Chairman of the House Natural Resources Committee Raul Grijalva, Representatives Ruben Gallego, Ann Kirkpatrick, and Greg Stanton; and these members of the Arizona Leadership Network will help our campaign underscore how important this museum is to honoring the legacies and contributions of Latino Americans in Arizona.”

The current list of members in the Arizona network is as follows, with more to be added:

*titles provided for identification purposes only